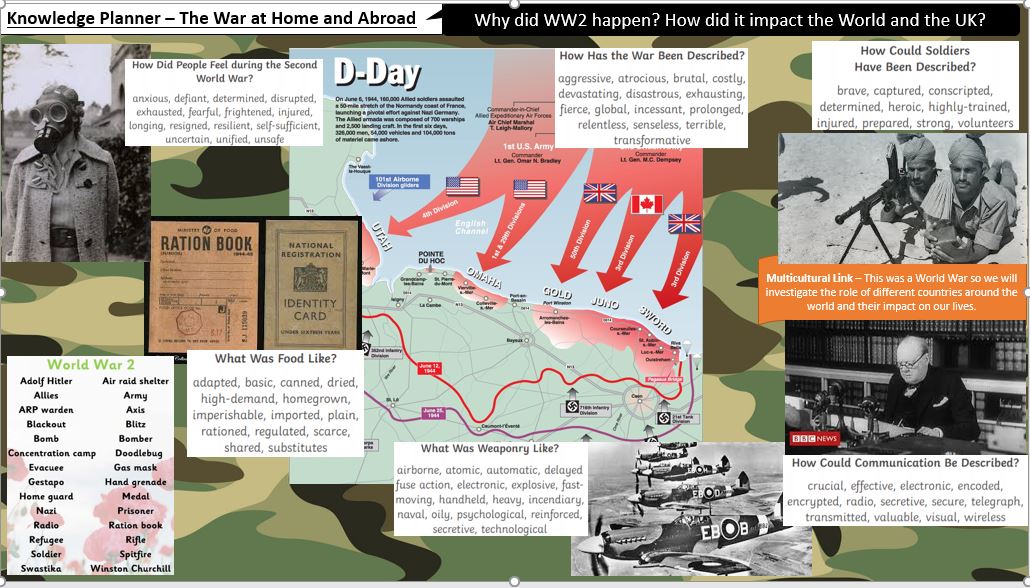 Our first two week history unit is World War 2 – The war at home and abroad.  We will be finding out why the war started, who some of the influential leaders were at the time and which countries were involved in the war.

We will look in greater depth at rationing and even try a few war time recipes. We will look at the role the media played during war time and will study differing opinions and memories of the same event e.g. The Dunkirk Evacuation.